There is no single reason for this “general hair thinning” effect in Women. Rather, it is usually caused by a combination of factors. 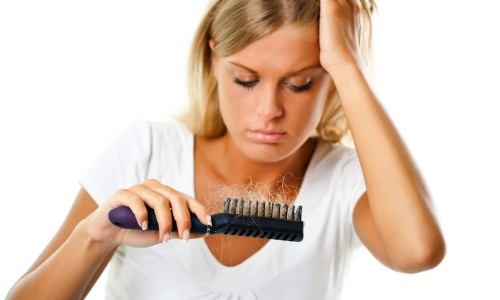 Contrary to popular belief, hair loss is relatively common in women with about 30% experiencing at least some degree of thinning in their lifetime. Because female hair loss tends to be diffuse (less hair all over), rather than showing the characteristic “patterned alopecia” of men, and the fact that the frontal hairline in women is often maintained, there is a misconception that hair loss in women is rare – but it is not.

1. Inheritance, through DNA, is definitely one of the strongest underlying factors involved in hair loss both for men and women. However, with women, this genetic trait seems to be less prevalent than in men. It seems to be almost of the “recessive gene type” where as in men the gene type is dominant.

2. Hormonal changes in the human body are other strong factors that will influence predetermined genetic traits. This means that for example, a woman undergoing menopause may experience accelerated hair loss. As perhaps will another woman recently diagnosed with hyperthyroidism. The point is, that changes in body hormone levels whether due to an underlying condition, stress related or due to an age process will influence the normal course of balding.

3. Stress is more and more becoming known medically as one of the most influential catalysts to general malaise. Stress, is without a doubt, on the rise in modern day society, and with it comes a host of conditions, baldness among one of them. It is easy for someone to advise you to reduce stress, but actually making this change usually involves altering lifestyle and most people are not willing to do it.

Many other factors can also play important roles in female thinning or hair loss. And, although there is no cure, realize that it is a completely normal process and that Pro-Hairlines has a solution …no matter what stage of thinning or baldness you may be experiencing!